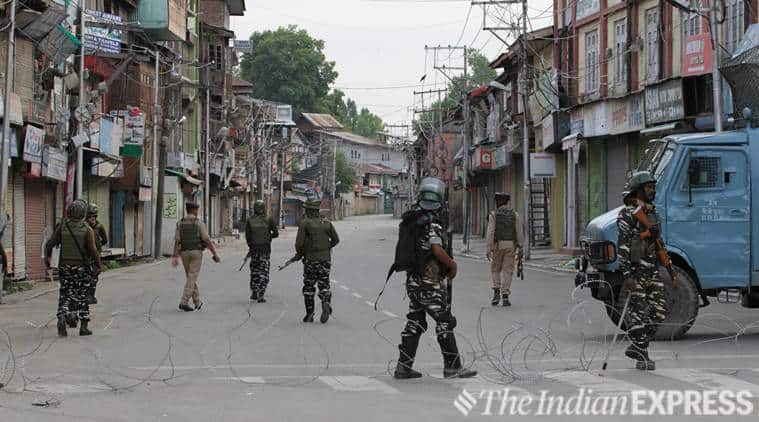 Four people, including two civilians and two security forces personnel, were injured in a grenade attack on CRPF personnel by militants in Srinagar’s Lal Chowk area on Sunday afternoon. The injured have been shifted to the hospital and the explosion area has been cordoned.

Militants hurled a grenade on the CRPF personnel posted on duty near Pratap Park in busy Lal Chowk area of the city, a CRPF spokesperson said. The loud explosion caused panic among the people, especially those who had come to the weekly flea market,  also known as Sunday market, an official told news agency PTI.

Earlier this month, a civilian was injured after suspected militants lobbed a grenade in Srinagar’s old city. IGP, CRPF, (Srinagar sector) Ravideep Singh Sahi said militants lobbed a grenade towards a CRPF deployment in Kawdara area of Srinagar. “It exploded 25-30 m away from the area where CRPF personnel were deployed,” he said. Singh said no security personnel was injured. “One civilian suffered minor injuries and had to be hospitalised. He was discharged immediately,” he said.

This is a developing story

📢 The Indian Express is now on Telegram. Click here to join our channel (@indianexpress) and stay updated with the latest headlines

For all the latest India News, download Indian Express App

Rbi Looking Into The Issue Of Sbi Shaming Students: Results.amarujala.com

It’s Over for Pamela Anderson and husband Jon Peters, 12 days...

Getting Car Financing the Fast Way

“Put to rest all those stories”, Rishi Kapoor reveals why was...